CHRISTMAS DAY AT THE LIVERPOOL WORKHOUSE: 1865

Whilst the community outside were yesterday participating in the festivities of the season, the interior of the workhouse presented a scene of no less agreeable activity.

In accordance with an annual custom, in this instance at least, not “more honoured in the breach than the observance,” the inmates, who now number no fewer than 3800, were being regaled with their usual Christmas fare.

Throughout the day there was the customary improvement in the dietary scale by which the whole of the meals were regulated, but the chief repast was, of course, the dinner, consisting of beef and plum pudding. This was supplied in the dining hall, where at one o’clock about 1000 inmates, men and women, assembled. They comprised all ages-the old with their wrinkled faces, and the young with the glow of youth upon their countenances, being united to celebrate the festival. The exercise of considerable taste in the employment of evergreens and other decorations had imparted to the room a somewhat artistic appearance.  From the ceiling depended large boughs of evergreens, whilst from the walls were suspended numerous banners. At either end of the room appeared mottoes, one being “The earth is the Lord’s and the fullness thereof;” the other, “Glory to God in the highest; and another motto, Conspicuously introduced, was, “Behold, I bring you glad tidings of great joy,” A few evergreens neatly disposed at various points completed the decorations. 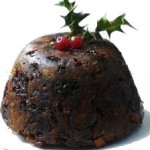 The dinner consisted of beef and plum pudding, in addition to which a pint of beer was supplied to each man and woman. Of the most substantial character and of the best description, the fare appeared to be thoroughly enjoyed; for amongst those who partook of it there were no dainty appetites, and the fact that Christmas cheer was exceptional seemed to be generally appreciated.

A large number of ladies and gentlemen were present as spectators. Amongst others were the following members of the Select Vestry: Messrs, Churchwarden Hand and Denton, E. Roberts, Scott, Bairstow, Critchley, Turner, Byrom, W. O. Roberts, Peck, Williams, and Martin.  Dr. Jee, one of the medical officers of the workhouse, and the Rev. J. H. Scott, the chaplain, were also present, besides the governor, Mr. Carr, who was most active in promoting the enjoyment of those under his care. The dinner over, the inmates were addressed by Mr. Churchwarden Hand, Mr. Carr (the governor), and Mr. Churchwarden Denton, and three unmistakeable cheers were given for Mr. Carr and the select vestry.

At a later period of the day the aged paupers were supplied with tobacco and snuff, those luxuries which many of them so highly appreciate; whilst the children received a plentiful supply of orange and cakes, so that the most ample provision was made for the enjoyment of the inmates of all ages. In addition to those in the dining hall, some 300 were provided with dinner in other dining rooms.

Of the 3800 paupers there are necessarily a considerable number of sick and infirm, and to there also, so far as the medical regulations permitted, Christmas cheer was supplied in the wards. A dinner upon such a large scale necessarily involved an immense supply of edibles and potables. Of this fact an adequate conception may be formed when it is stated that the following were the quantities:- Beef 40 cwt., potatoes 390 bushels; for the pudding there were, of flour 2160 lb., currants 620 lb., raisins 400 lb., sugar 336 lb., and suet 534 lb.; the supply also included 504 gallons of beer.

At the Industrial Schools, the West Derby and Toxteth-park Workhouses, similar entertainments were provided for the paupers. At the West Derby Workhouse the inmates number about 800 and at the Toxteth, 750, the hospitalities being presided over by the chairmen and members of each board, who did everything in their power to promote the enjoyment of the people committed to their charge. The inmates of the various charitable institutions were, as on former occasions, allowed to share in the festivities of the season. The rules of the establishments were also relaxed and other privileges granted in order to render the day as far as possible one of real and permanent enjoyment.

Festivities were maintained with their accustomed spirit at the Sailors’ Home. Dinner, consisting of geese, beef and roast pork, plum pudding, followed by rum and raspberry punch, &c., was provided as usual at one o’clock. Later in the day tea, including bun loaf, cold beef, &c. was served up; and in the evening, in addition to punch, pipes and tobacco, &c.
There were a variety of amusements. The latter comprised legerdemain, personations, comic and sentimental songs, with piano-forte music. The festivities wore brought to a close by dancing to the strains of a string band in the great hall. 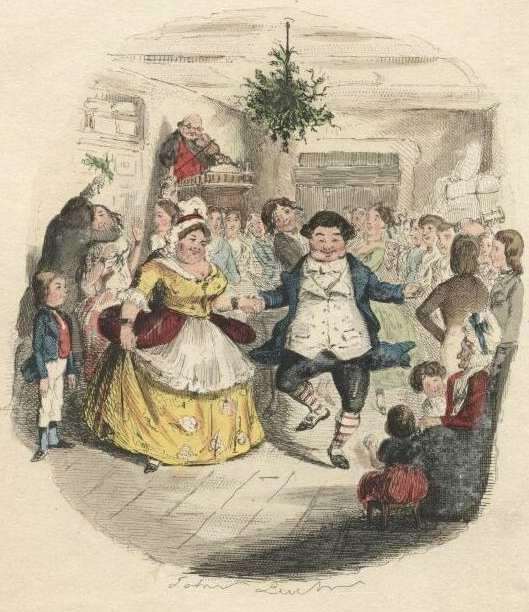 There is a good old proverb that warns us not to spur a willing horse too freely. We wish that Mr. Frank Jones, chemist, Oxford-street, had recalled it to mind before he indicted the communication read at the meeting of the workhouse committee yesterday, and which, we suppose, is similar to that which the same gentleman has forwarded to us for publication. We doubt not that he acted with the best of motives in asking the mayor to provide beer for the Christmas dinner of the paupers at Brownlow Hill; but the request, coming so soon after his worship’s accession to office and his noble gift of £20,000 for the erection of an art gallery for the town, smacks so strongly of had taste that we regret it was ever proferred.

There is also another consideration which ought to have restrained Mr. Jones from making such a communication to the mayor. For several years, Mr. A. B. Walker has entertained the aged poor of Toxteth-park at the Christmas season, the spacious Sefton Hall being thronged by these partakers of his bounty; and a moment’s thought would have disclosed the impropriety of asking his worship to do for the inmates of the workhouse, many of whom have brought themselves to their present position by intemperate habits, what he does for a large number of deserving old men and women at the south end -namely, provide them with Christmas cheer.

The mayor, with his characteristic generosity, offered to comply with the request; but the workhouse committee, we are glad to say, declined the proffered gift. They were guided to this decision by the experience of former years, when beer formed part of the Christmas dinner in the workhouse, and more than once led to scenes of uproar, owing to one set of paupers buying up the allowance of those who did not care for ale, and getting intoxicated.

For several years, beer has been excluded from the workhouse Christmas dinner and according to the testimony of the governor, the result has been so satisfactory that the vestry is not disposed to revert to the old system. Under these circumstances, the mayor’s liberal offer could not be entertained; but it will, nevertheless, find a place amongst the records of his liberality and kindness of heart.