Below are details of some of the key characters who were involved in the tragic starvation case in Liverpool, starting with the judiciary.

The assertion by Philip Finch Curry that the Aspinall case was ‘the worst he had ever seen in twenty five years as Borough coroner in this great city,’ was somewhat exaggerated. Curry had been in office for nineteen years at the time of the Aspinall inquests.

Born on the Isle of Man in 1802/03, Curry, the son of a Royal Navy Surgeon, was appointed Borough Coroner on 20th April 1836 after a lively debate at a meeting of Liverpool Borough Council. At the time he was a partner in the firm of Curry Statham and Horner who had offices on Lord St. The debate at the town hall reflected a growing shift of opinion, nationally and locally that the post of coroner should be reserved for someone qualified in medicine, but it was not until three years later that Dr Thomas Wakly, the founder of The Lancet, became the first coroner to fulfil that criteria when he took up his appointment in Middlesex in 1839 (1).

Curry, aware of this controversy, pointed out in his letter of application that he was the son of a doctor, had been destined for the medical profession, and had received some medical training in London. His argument may not have been entirely persuasive but the newly-formed Liverpool Corporation owed Curry a favour; – he had been solicitor to the Reform Association whose councillors took 43 of the 48 seats in the local elections of Dec 1835, ousting the Tories from the old unreformed council. The new council in Liverpool duly appointed many of their supporters to public office.

Deeply religious, Curry frequently cited the bible in the courtroom and was criticised by journalist, Hugh Shimmin, for using inquests as forums for sermons. In the later part of Curry’s career, Shimmin targeted him further for failing to fulfil his duties. Curry was epileptic, and, as his health declined, the beadle, James Blake, who featured in the Aspinall case, took over his role.

Curry continued to draw his salary but gradually removed himself from court altogether. He died at his house at the Grove, Oxton near Birkenhead on the 21st April 1867 leaving a modest estate of under £450, but there may have been some transfer of assets. His widow, Eliza Anne, died seven years later in 1874 leaving an estate valued at under £5000. The couple had two children.

In July 1863 Shimmin wrote in his newspaper, The Porcupine,

Great is Curry but his greatness is only official and impersonal. Greater is Blake because he is a real individual and an active greatness … In Liverpool the Beadle actually rules the Court. The elderly oratorical and pietistic person who sits on the bench above him seems to recognise without complaint the Supremacy of Blake. Blake is indeed the Coroner! (2)

In September of the same year, Curry was referring to Blake as ‘Mr deputy Coroner’ though no official appointment had been made.
During the Aspinall inquests of 1855, prior to Curry’s declining health, Blake was probably not such a powerful figure. Born in Ireland around 1818, he and his wife Harriet Maria had no children but two nieces lived with them later in life. Blake died in 1902 and left an estate, rivalling that of Curry’s worth £4255, 6s, 2d.

(2) Taken from Philip Finch Curry and the Popular Politics of Mid-Victorian Britain by Gordon H.H. Glasgow. European Studies Research Institute, University of Salford (2003). This book has provided the above background information about Curry’s appointment as coroner and Shimmin’s commentary on it.

William Wightman, an Oxford Graduate, was called to the bar in 1821 and transferred to the Northern Circuit in 1821. He became a judge in 1841 and was knighted in the same year. The Dictionary of National Biography credits him as a counsel for the prosecution following the Bristol riots of 1831 which took place after the Second Reform Bill was rejected by the House of Lords. Four rioters were hanged despite a petition of over 10,000 signatures presented to William IV. This would seem to put Wightman on the opposite side of the political spectrum to the prosecuting lawyer in the Aspinall case, Henry Tindal Atkinson. Wightman served as a judge for nearly twenty three years, While on circuit at York in 1863 he had an attack of apoplexy and died the next day. He was survived by his wife and four daughters.

Henry Tindal-Atkinson: Counsel for the Prosecution.

Numerous family trees in the public domain for Henry Tindal-Atkinson list his illustrious descendants but none of them record details of his birth or contain information about any family prior to Tindal-Atkinson himself. While his early life is shrouded in mystery, it seems that Tindal-Atkinson, who later became a county court judge and Serjeant-at-law, may have come from a working-class background. The letter below, published shortly after his death, is intriguing.

THE LATE MR.TINDAL ATKINSON. A correspondent writes : — This well-known member of the Bar and county court judge, whose death has just been announced in the London papers, was at one time a resident in Liverpool, where by his energy and ability he raised himself from a very obscure position. A friend of the writer, who is still living, was standing at a public meeting held in Liverpool many years since, I think in the open air, when, at the close of one of the speeches, a young man who seemed from his dress and pots and brushes to be a house painter, said, ” T think I could make as good a speech myself.” My friend urged him to go forward on the platform, which he did, and made a striking speech. The young painter was Tindal Atkinson. Through this incident he was brought under the notice of some of the local leaders, and became the secretary of the Literary and Scientific Society in St. Anne-street. He personally conducted some of the classes, at one of which the writer attended while he was a youth serving his apprenticeship. While in this position, Mr. Atkinson came under the notice of Sir Joshua Walmsley, M.P. and by his advice and assistance he began to study for the Bar. Shortly afterwards he removed to London, where he rose step by step to the position of county court judge, which “office he filled with great credit to himself and advantage to the public, thus affording another illustration that circumstances, however unfavourable, may be overcome by energy and perseverance.— Liverpool Daily Post.

The story sounds fanciful, but some of it is verifiable. Perry’s Bankrupt Gazette on the 19th July 1834 reports the insolvency of Westall Samuel and Henry Tindall Atkinson, Plumbers, Liverpool.

On 21st February of the same year, the Liverpool Mercury reports Tindal-Atkinson delivering a speech to the Liverpool Young Men’s Literary and Scientific Society. This society may have been a forerunner to Liverpool Literary scientific and Commercial Institution. At the half-yearly general meeting of the newly-formed, Institution in the following year, Tindal-Atkinson is listed as secretary. The report shows that the Institute held classes in English Grammar, Elocution and Latin. This could have provided an opportunity for Tindal-Atkinson to further his education, though the text of his 1834 speech shows a man with an already outstanding command of language.

Tindal-Atkinson’s name is coupled with that of Joshua Walmsley in numerous newspaper reports and it is not unlikely that he was Walmsley’s protégé. Walmsley was the Chair of the Liverpool Tradesmen’s Reform Association in 1837 while Tindal-Atkinson was secretary. Walmsley, founded the National Reform Association, become mayor of Liverpool in 1836 and was president of the Liverpool Mechanics Institute which provided evening classes for working men. Tindal-Atkinson himself stood for election as a Reformer in 1839 for Scotland Ward in Liverpool but was beaten by a Conservative by 41 votes.

Tindal-Atkinson’s occupation in the 1841 census is listed ‘of the inner temple’ so by then he was at least on his way to a career in law. For some years he remained a champion of working men and in 1848 defended some of the Manchester Chartists, speaking at public meetings against their ill treatment in prison.

He and his wife, Louisa Roffe had ten children surviving to adulthood. Several of them entered the legal profession. One of his grandchildren, Edward Tindal Atkinson became Director of Public Prosecutions. A granddaughter, Maud Tindal Atkinson was a notable artist and illustrator who exhibited at the Royal Academy. In later life Atkinson settled in Wimborne in Dorset and became neighbour and close friend to the novelist, Thomas Hardy. It seems that while Hardy was a poor speaker, Tindal-Atkinson was much admired for his Shakespearian renditions and poetry recitals (3) .

(3) Thomas Hardy and the law: legal presences in Hardy’s life and fiction By William A. Davis University of Delaware Press, 2003 p207 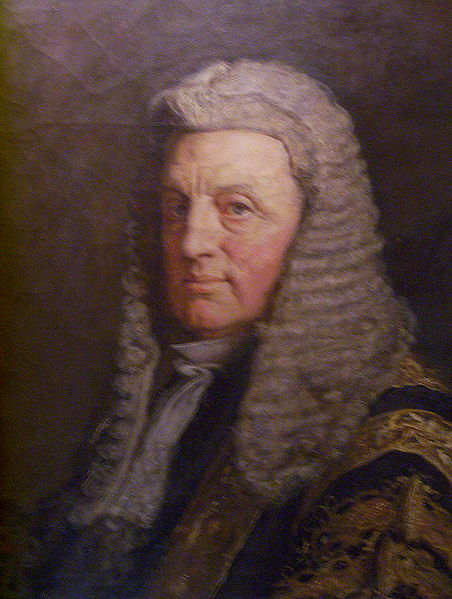 William Baliol Brett, born in Chelsea in 1815, could not have presented a sharper contrast to his colleague, Tindal Atkinson. Son of a Church of England Clergyman, he was educated at Westminster and Cambridge, called to the bar at Lincolns Inn In 1846, a QC in 1861 and Conservative MP for Helston in Cornwall in 1868. Brett was made Baron Esher of Esher in 1885 and Viscount Esher in 1897. The habits of the working classes in Liverpool, who he was frequently called upon to prosecute or defend, must have been something of a culture shock.

Brett’s wife, Eugienie Mayer, was rumoured to be the illegitimate daughter of Napoleon Bonaparte. The couple had three children. Brett’s magnificent tomb stands in the churchyard of Christ Church at Esher in Surrey.

Defending William Aspinall was John Monk, a sixty two year old barrister from Derbyshire . Monk had initially been appointed to defend both prisoners. On the morning of the trial he realised that this was unfeasible. Given the coroner’s previous assessment about the strict division of responsibilities between husband and wife it was apparent that blame was going to be apportioned according to gender. There was a clear conflict of interest. It has proved difficult to find a great deal of information about Monk. He married Harriet Ryle of Manchester in 1834. The couple had four surviving children. They lived at Broom House in Levenshume for many years, but he seems to have spent much of his time in lodgings, most likely a result of his occupation.

Sir John Simon: Caricatured in Vanity Fair in 1886 as ‘The Serjeant’.

Mary was quickly allocated the nearest available defence lawyer, John Simon, who, addressing the jury, informing them he had only been given a few hours’ notice and insufficient time to prepare a defence. He contested Justice Wightman’s view on the strict division of parental responsibility, saying of William, “What kind of man was that who would seek to screen himself from responsibility in a case of this kind by saying to his wife, I gave you money, that was all I had to do: I saw you get drunk with it.”

After the verdict was announced Simon attempted to get the sentence overturned on a technicality on the grounds that the charge against Mary had been one of murder, not manslaughter so she could not legally be found guilty of the latter.

The judge said he would consider this position, but he eventually dismissed it.

Born in Jamaica of British parents, Simon graduated from the University of London in 1841 and was the first Jew to practise at the common-law bar. In 1843 he married Rachel Salaman who came from a family of distinguished musicians.

The Jewish Encyclopedia cites him as second counsel in the 1858 state trial held in Britain, arising out of the Orsini conspiracy; successfully defending Frenchman, Simon François Bernard, who was charged with complicity in the attempted assassination of Napoleon III. In 1856 He was created a serjeant at law in 1864, the same year as Tindal Atkinson, and served as a district judge.

Simon, a Liberal, and campaigner for Jewish emancipation, became MP for Dewsbury in 1868 and was knighted in 1886.