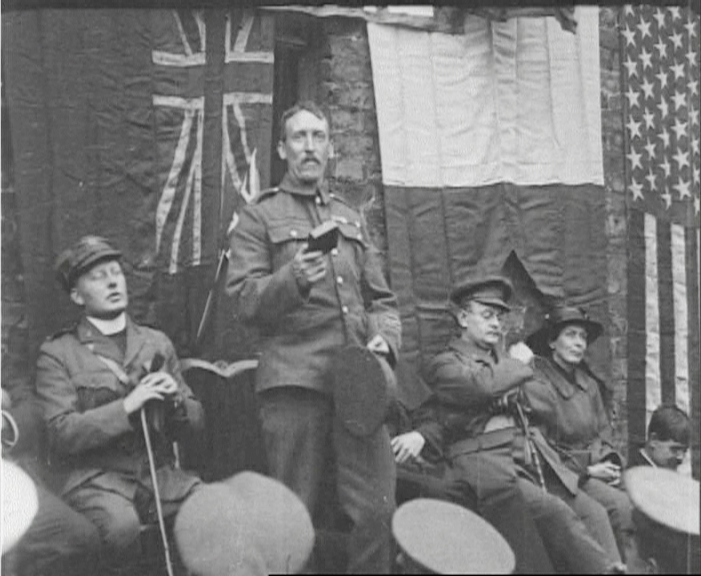 Private Ratcliffe, V.C., M.M., was honoured at his old school of St. Vincent’s Norfolk Street, Liverpool, on Thursday afternoon. In the playground, which had been generously beflagged, the hero was greeted by the school children, who cheered him again and again with characteristic youthful vigour.

Father Prescott, on behalf of the teachers and scholars, presented Ratcliffe with a gold watch and chain, and expressed the belief that he was the first Liverpool-born man to win the V.C in this war.

Mr. John Murphy, headmaster, under whose direction Ratcliffe was educated and Father Toomey made felicitous speeches, and a number of appropriate songs were lustily given by the children. Ratcliffe in a modest speech returned thanks.

Private Ratcliffe was entertained to lunch at the Old Castle Restaurant on Thursday, by a representative company of gentlemen, who wished to show their appreciation of his valour. In the course of short speeches, he was warmly congratulated, and on behalf of subscribers the chairman presented him with a set of military brushes and other suitable presents. Private Ratcliffe, having returned thanks, then left to attend the concert for wounded soldiers at Highfield Military Hospital.

Private Ratcliffe, V.C., who visited the Liverpool Town Hall on Wednesday, was presented by the Lady Mayoress with a wristlet watch on behalf of the Lord Mayor and herself.