On the 18th of January 1884, Mary Ann Ratcliffe (nee Kelly), gave birth to her fourth child and called him William after his father.

Over two months later when she told the registrar that her son was born in February, instead of January, she could never have imagined that thirty three years later the King would award him the highest military honour, The Victoria Cross, and that over a hundred years later people would be debating his date of birth.

In England a birth has to be registered within six weeks. However, in the past when parents found they had missed the deadline it was not unusual for them to change their child’s date of birth to avoid a fine.  Although Mary Ann may have been slow to register William’s birth, she was not neglectful when it came to his spiritual welfare. William was just three days old on the 21st of January when he was baptised at St Vincent de Paul Catholic Church, Toxteth. 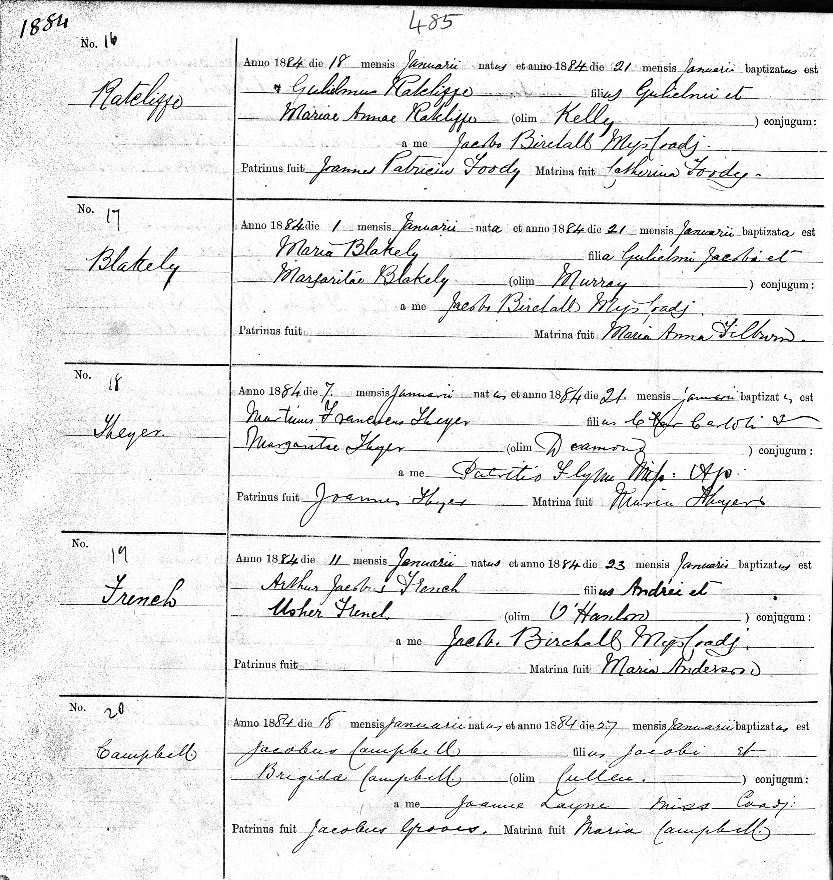 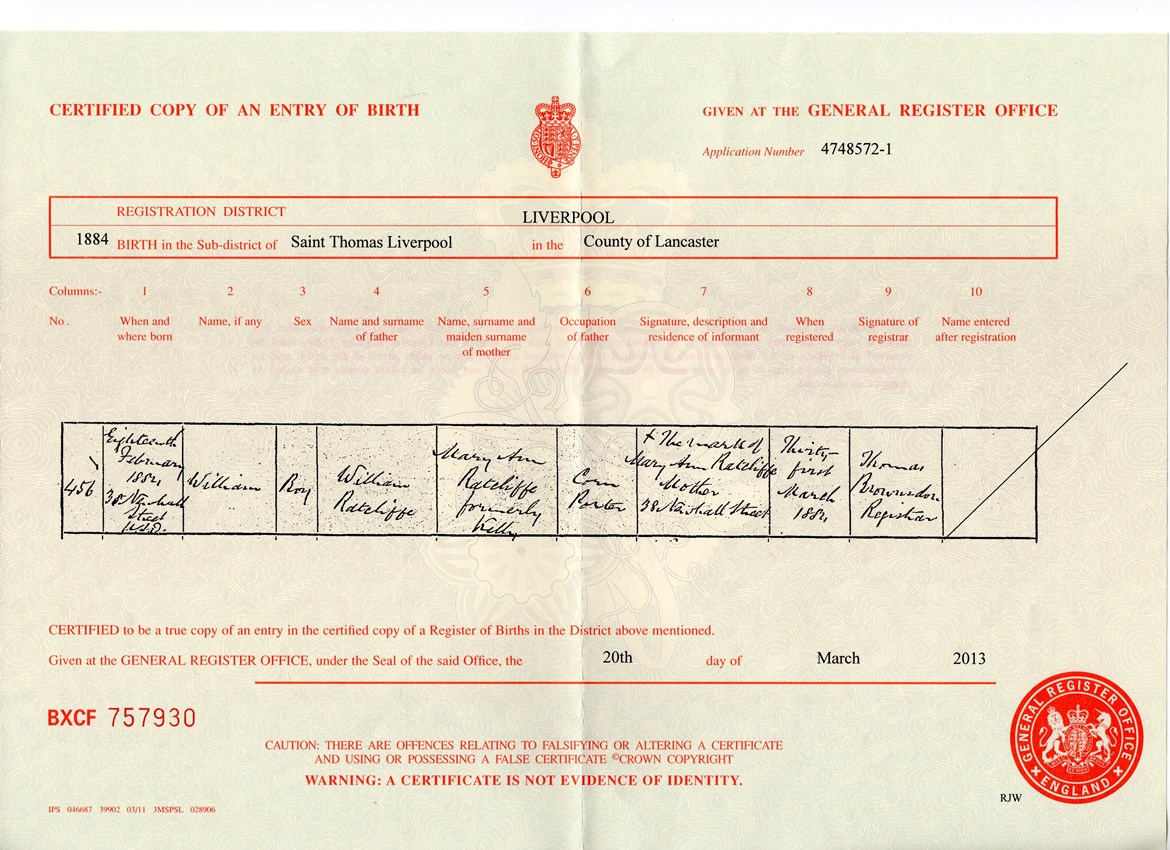